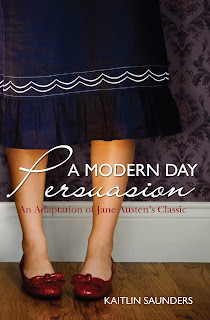 I tend to be very picky when it comes to adaptations of Jane Austen's work simply because I love the orginals so much. Everytime I pass a copy of "Pride and Prejudice and Zombies" I feel I can almost hear Jane spinning in her grave (thats my personal opinion). I have however, no reservations what-so-ever when it comes to this newest adaptation, A Modern Day Persuasion.

Nearly eight years ago, Anne’s family, specifically her father, convinced her that she was too young to wed and insinuated that her fiancé Rick was solely interested in her wealth and status. Against her better judgment, Anne agreed to postpone the marriage, only to watch the love of her life walk away, never to be heard from again. Since then, time has not been kind, and with the family fortune now gone and Anne unable to move on with her life romantically, she struggles to make a name for herself as a greeting card designer. However, a series of serendipitous events causes Rick to re-enter her life, and at the same time a new beau seeks to claim her affections. The question that needs answering, however, remains the same: Can Anne recover from her previous rejection and love again?

I loved this book. It was beautifully written and did not resemble any of the rather cheesy modern-day Austen adaptations, which seem to be showing up in the cinemas.  From the very first page I was drawn into the Anne's world - a world I which I felt could identify with. As I turned the first pages, I ever the sceptic continued to read cautiously almost as if I were looking for a fault- I never found one.

Kaitlin Saunders is a wonderful, talented author, with this novel she has brought Persuasion into the 21st Century without compromising the characters or the events. Adapting a classic novel into a modern-day story is not an easy task, making the events all fit together in an entirely new setting is challenging in itself but much care is also needed to make sure it doesn't feel forced or too cheesy. Kaitlin made this seem effortless, during some chapters I would wonder "How is that event going to be adapted into modern-day, it will seem so weird" but sure enough Kaitlin was able to include it in a way I would never had thought.
And I must say that this novel is one of the few adaptations in which I have not had to immediately grab out a copy of the original and read it to get the horrible memory out of my head.

The relationship between Rick (Capt. Frederick Wentworth) and Anne is as beautiful as the orginal and reflected in the same way. I love how even in modern times their love and the horrible events surrounding their relationship breakdown is still something that can be translated and adapted over the years- I think it shows us that not all that much has changed and that indeed Jane Austen is still relevant today.

I found this book to one I could not put down, I had it completed in the one night. It was as if I were reading the story fresh, I had to make sure Rick and Anne would get together. And I had to make it to the famous scene- where Anne reads the letter!

If you are an Austen fan I would definitely recommend this book. I would also encourage anyone who hasn't read any of Jane Austen's work to read it, particularly if you have avoided her work because you feel the language is to hard to understand.


Much Love, as always

Mel
Hi, my name is Mel and I'm a 23 year old Australian. I love period drama films, classic novels and Robin Hood BBC. My favourite novels are Northanger Abbey and Great Expectations and I am of the opinion that Henry Tilney is the best literary hero ever! I also have somewhat of an obsession with the actors Joseph Kennedy and Harry Lloyd. Feel free to email me at tristans.isolde01@gmail.com

Some of my favourite blogs 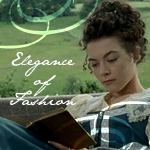 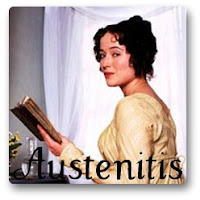 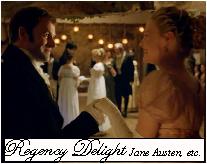 Some more of my favourite blogs